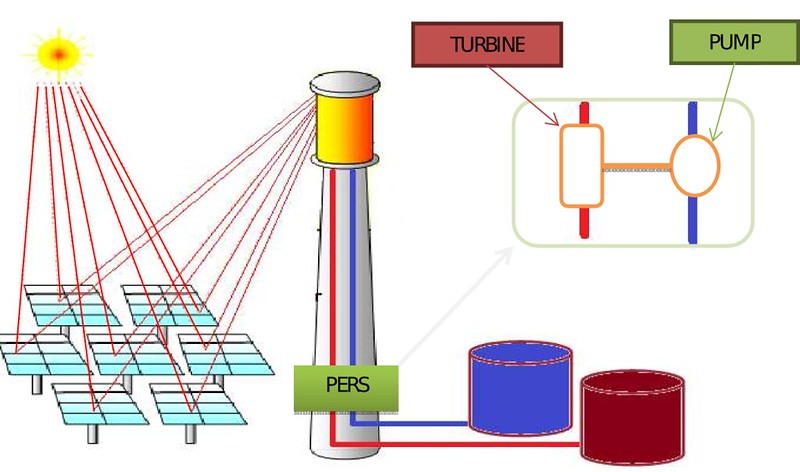 ISE research group together with Sun to Market Solutions have developed an international patent for central receiver applications. The patented invention reduces the energy consumption of CSP solar towers, recovering over 70% of the potential energy used in driving the heat transfer fluid (molten salt) in solar towers, a process that usually consumes a great deal of energy. This decrease in consumption of the solar plant greatly improves its overall performance.

The Potential Energy Recovery System (PERS) is located between the receiver and the thermal storage system close to the bottom of the tower. In this way, it is possible to achieve the potential energy reached from the HTF in the top of the tower. PERS is composed of a turbine situated at the bottom of the pipe down. This way, the fluid is conducted through a turbine, extracting the mechanical energy and transforming it in mechanical energy in the shaft of the turbine. At the same time, this energy will be transmitted through an axis connected to the shaft of one of the pumps that pumps the cold tank into the receiver. Furthermore, the transmission shaft will have a clutch which allows the system to couple and uncouple, guaranteeing the correct operation in parallel. It would also have a gear box which can be adapted to the needs.

Sun to Market and UC3M 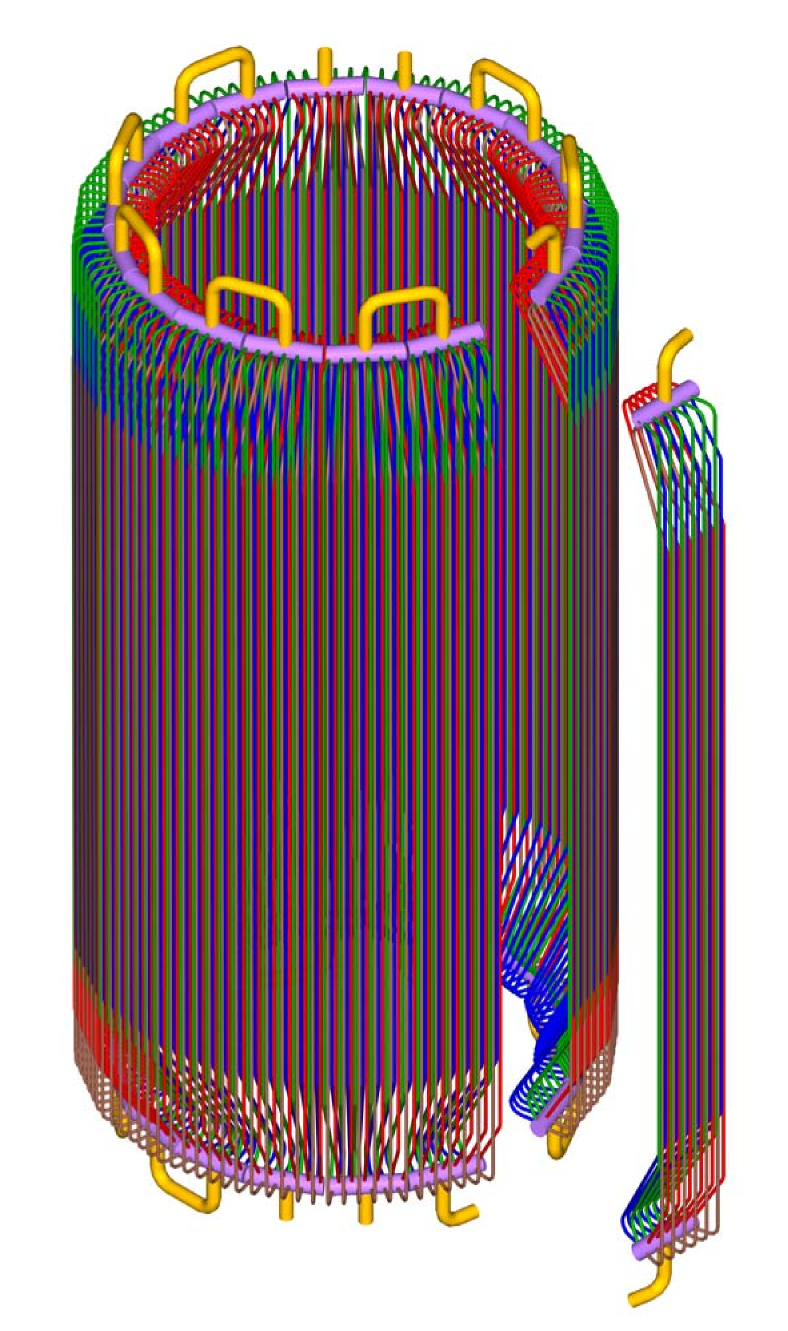 The growing interest in renewable energies and the increase of the energy demand have produced a strong expansion in the solar electric generation.

Encompassed by high concentration thermoelectric solar systems, it can be highlighted the tower central receiver technology. In these plants, the direct solar radiation is reflected by a heliostat field to the receiver, located in the top of the tower (aim point of the optical system). In this way, the direct radiation is concentrated in the effective area of the receiver allowing to reach high peak of radiation. The receiver is the system where all the solar radiation reflected by the solar field is concentrated. This solar energy is converted into thermal energy in the working fluid.

The most experienced receiver is the cylindrical receiver; the solar radiation is absorbed by several pipes located in the external environment, where the heat transfer fluid flows. In absence of highly selective coatings in the tube surface, the direct exposure to the environment implies high thermal losses, for this reason it is not possible to work with very high temperatures. On the other hand, the fact that the outer surface of the tubes intercepts directly the solar radiation while the fluid, that cools them, flows on the inner part of the wall provokes that the solar concentration ratio cannot be sufficiently high to avoid overheating in the tubes and being burnt out. This leads to employ several aiming strategies, reducing the reflected solar radiation interception (optical efficiency of the solar plant).

ISE group are working in the development of new designs of solar receivers, which allows to homogenize the temperature along the receiver and to reduce the inner wall temperature of the receiver tube. Moreover, it will decrease also the bulk temperature thereby reducing the corrosion and the decomposition of the molten salts. With these new designs is possible to increase the concentration ratio and the temperatures of the working fluid improving the efficiency of the thermal solar plant.

Design aspects of thermal solar power plant engineering are addressed to optimize the process parameters and operation that influence operation and cost of existing facilities belonging to the following plant types: 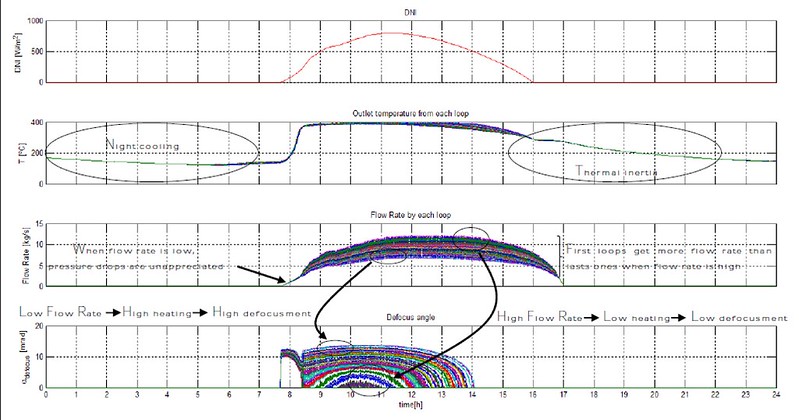 Thermal simulation of buildings to optimize its passive behaviour. Studies are focused on sunny areas and thermal design.