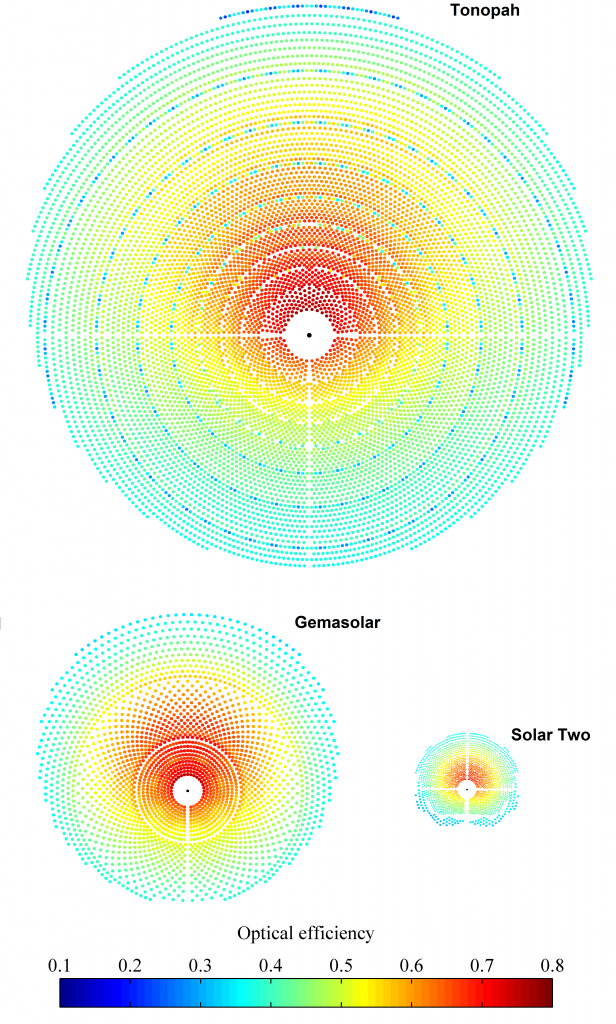 The heliostat field is a key system in Solar Power Tower plants. Thousands of heliostats reflect and concentrate solar radiation into the central receiver. Models must accurately predict the distribution of flux density on the receiver surface. Taking advantage of existing analytic functions on the image plane, an oblique projection methodology into the receiver has been developed and validated.

The ISE group has developed a code that is capable of computing the flux density distribution on the receiver as well as the heliostat optical loss factors (i.e. shading and blocking, spillage, cosine, atmospheric attenuation). Any heliostat field layout and receiver size can be introduced, resulting in a flexible tool.

Single and multi-aiming strategies are implemented in the computational model. For equatorial aiming, the animation below shows the maps of concentration throughout Equinox daytime. An optimized aiming strategy, taking into account the interaction with the receiver, is currently being investigated.
Selected publications

Aiming factor to flatten the flux distribution on cylindrical receivers